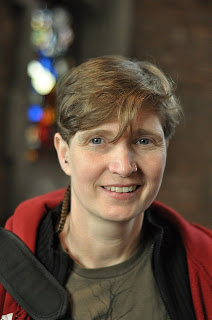 Earlier this month, the progressive Christian publication Sojourners, chose not to run an ad campaign encouraging churches to welcome and fully include lesbian, gay, bisexual, transgender, and queer (LGBTQ) people. The campaign included a video, depicting a lesbian couple and their son being met with both suspicion and welcome when they visit a new church, which is part of the Believe Out Loud coalition’s Mothers Day campaigm (http://www.believeoutloud.com).

When the news that Sojourners had refused the campaign went viral, my initial response was—that’s not news. I have known Sojourners position for years: Civil rights? Yes. The moral status of queer and gender queer people? No comment.

The news though, is this: Believe Out Loud has, either naively or in a Mother’s Day action calculated for maximum impact, called on Sojourners to make their position explicit. They have in effect outed Sojourners.

I have written for Sojourners magazine and like the family in the video, I have walked into churches, a visible Queer with my children, not knowing whether we would receive welcome or hostility. This is my issue, but I have been slow to join the debate for a couple of reasons. First, I don’t want to give more attention to this one publication when plenty of justice-seeking Christians have moved beyond where Sojourners seems to be stuck. And second, it is deeply wearying to have to keep defending your existence to those who claim to speak for justice.

Nevertheless, I am “lifting up some different viewpoints” in the spirit of outing what has been closeted in this conversation.

The Role of Sojourners
Sojourners has a forty-year history as a publication and a community; over time the leadership has moved from a collective model to a more corporate one. Sojourners has experienced an enormous recent growth in its circulation, in its electronic readership and in CEO Jim Wallis’ books, blog, and speaking tours. Sojourners is close to the center of a groundswell of mostly evangelical churches turning toward justice and taking action toward social reform. During this same time, other publications that critically engaged issues of Christianity and justice, like The Witness and The Other Side, have gone out of print leaving Sojourners as “the” voice of progressive Christianity in North America. Because of Sojourners’ prominence and stance, recent public conversation around gender and sexuality as justice issues for Christians has been diminished and impoverished.

Not Taking a Stand is Taking a Stand
Wallis’ recent statement on Sojourners mission and LGBTQ issues is consistent with their FAQ’s on gays and lesbians (bisexuals, and trans people are not mentioned). In short, it is important to protect the civil rights of LGBTQ persons, but it is up to individuals and churches whether they understand LGBTQ persons as sinners, beloved children of God, or something more creepy and condescending like “broken and in need of healing.” This is not a stand against homophobia, it is a position that speaks against the most egregious practices of trans- and homo-hating, while implicitly condoning the theologies and interpretations that promote such violence.

Wallis calls for “honest, fair and loving dialogue,” but Sojourners has never been about open debate, balanced reporting or “loving dialogue.” On issues they embrace, like war and poverty, Sojourners takes a prophetic stand, promoting biblical readings and theologies that demand justice, and challenging or refusing theologies that promote harm or violence, even though Christians are far from unified on these issues.

For decades biblical scholars, theologians, and ethicists have produced good scholarly work on sexuality and gender, articulating the biblical call to justice inside the church and outside it. Countless courageous LGBTQ individuals have attested to the dignity and goodness of their lives. Sojourners does not champion these but takes a political rather than a prophetic stance. Sojourners’ claim to “defend” and “love” LGBTQ persons, while refusing to reject homophobic theologies and biblical readings that harm us is a contradiction that deserves to be outed.

Wedge Issues and Core Issues
In his defense of Sojourners’ refusal to publish the Believe Out Loud campaign ad, Jim Wallis states that they do not advertise on issues that have been “reduced to political wedge issues.” From Sojourners I want some straight talk (pardon the phrase) about LGBTQ inclusion as a “wedge issue.” Who is being divided from whom by a campaign that says—when Queer people gather up the courage to come to your place of worship, treat them and their children as you would any other guest? Which “Christian constituencies” are threatened by such a message? Is this about denomination, about race, about money?

In trying to bracket LGBTQ issues, it is Sojourners that is creating wedges and taking sides. It is not possible to challenge poverty, racism, and violence without confronting heterosexism and homophobia. Out LGBTQ persons who are employed earn less than their “straight” counterparts. In some cities nearly half of homeless youth are LGBTQ. The murder rate for transgender women of color is staggeringly high.

When Sojourners, in a bid for Christian unity, says that their core issues are poverty, violence, racism, and immigration but not LGBTQ issues, they are either accepting or promoting the divisive lie that LGBTQ people are all affluent and white. Believe Out Loud plays on the same stereotype; in order to show LGBTQs as non-threateningly as possible, the women in the video are white, partnered, expensively dressed, and model-thin, with a child from central casting.

Yes, there are white middle-class and professional Queers but the vast majority of us are not, and those few who are don’t speak for us. We are Black, Latino, Asian, Indigenous, white, and multi-racial. We are old people, poor people, working people, and street kids. Immigrants, wheel chair users, waiters, and grandparents. And because of sexism, homophobia, and transphobia we are disproportionately affected by poverty and violence.

Racism, war, welfare reform, police violence, prisons, immigration, health care, and church inclusion are all LGBTQ issues and they cannot be confronted fully by those who would silence our voices or make us invisible.

To broaden the conversation further, here are a few organizations that know which issues are Queer issues (some Christian and some not):

* Laurel Dykstra, MATS ’97, is an unrepentant Queer activist and bible and justice educator. She is the author of Set Them Free: The Other Side of Exodus (Orbis Books, 2002) and co-editor of Liberating Biblical Study (Cascade, Wipf & Stock, forthcoming in October 2011). Her writing has appeared in numerous publications including Sojourners magazine.
Posted by Kwok Pui Lan at 2:39 PM