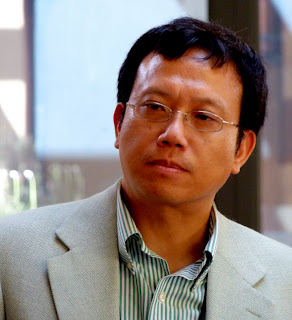 We are approaching the 10 year anniversary of September 11, 2001. Osama bin Laden is dead. Going after him and his organizations were the stated reason for the U.S. to enter into war in Afghanistan. Now that we “got him,” why don’t I feel safer? The TV news constantly reminded us that his death might cause retaliations which mean potential increase of terrorist activities against the U.S. This triggered an old feeling of powerlessness that I felt 10 years ago and then a few years later when the U.S. invaded Iraq.

In my book, Finding Intimacy in a World of Fear, I wrote about how we, as a nation, dealt with our fear through two primary images – fear-conqueror and fear-bearer. Fear-conquerors deal with fear through acts of aggression against an “other” seen as enemy. Fear-bearers are taught to treat fear as a warning tactic that says: Go no further. If you are a fear-bearer and you do not use fear to limit yourself, there is an implicit threat of violence.

Immediately after the September 11 attacks on the World Trade Center, we went into fear-conqueror mode. Bathed in patriotic and religious rituals, new rules were being defined to justify aggression; later, the doctrine of preemptive strikes was born. As long as we were striking back, it did not matter how it was justified—we were conquering our fear.

Meanwhile, everyday people were made to conform as fear-bearers. President Bush, in his address to Congress on September 20, 2001, invited us, the people, to continue to participate in the American economy and have patience in facing the inconveniences of tighter security when we traveled. In the months that followed, the call for patience for many came to mean: keep your mouth shut and endure the new rules. Certain types of people were being singled out and searched in airports, even though President Bush said explicitly, “No one should be singled out for unfair treatment or unkind words because of their ethnic background or religious faith.” While persons from the historical dominant group said that they were willing to give up some of their rights for the sake of security, the historical minorities and powerless groups experience this as an extra burden put on those already perceived as fear-bearers. Systemic prejudices and discrimination against the historical minorities were practiced openly all in the name of security.

Jesus refused to be a fear-bearer. He did not stay within the safe boundaries set by the religious and political institutions of his time. He crossed the line again and again and as predicted, violence would visit upon him. Jesus refused to be a fear-conqueror either. He rejected the assumptions that the Messiah was supposed to be like a rebel, using aggression to liberate the oppressed. Jesus offered a third alternative - the fear-miner. He took us on a journey to face our fear through his betrayal, suffering, death and resurrection. In facing the ultimate fear – death, he exposed the unjust application of rules and rituals that oppressed and divided people so the fear-exploiters could maintain the status quo.*

Jesus showed us the greater story of life, which was not about conquering our fear with aggression, nor simply surviving out of our fear of punishment. We are to approach fear as an opening; when we dig down we can mine from fear the God-given gift of wisdom, courage, dignity and self-esteem with which we can face any adversity that comes our way. Buried below our fear is the seed of ministry. Beyond our fear is the hope of resurrection, with new visions for us, our communities, and our nations.

So, Osama bin Laden is dead. Does this mean the wars will soon be over? I doubt that. Does this mean we have no more fear of terrorists? I doubt that too. Getting bin Laden only represents a victory of our fear-conqueror mindset. It does not help us look deeply into our fear, mining gifts from it. Without the learning from truly addressing our fear, we will find another “enemy” to go after soon continuing our fear-conquerors’ way. That includes turning inward against our own people. In that sense, prejudice and discrimination against Muslim Americans probably will continue. Anti-immigrant movements that had been on the rise before will continue. Many of them had nothing to do with bin Laden but target non-English-speaking immigrants in the name of security.

Will we continue to be cast as fear-conquerors and fear-bearers? Yes, of this I am sure. So the questions for us are: How can we resist being cast as the fear-conquerors targeting the less powerful ones in our midst? How can we refuse to be fear-bearers and speak up against the systemic prejudices? How can we expose the fear-exploiters who seek to gain politically and financially by exploiting our fear? Finally, we need to learn from Jesus. We need to become fear-miners and create gracious places where people can share and face their fear in order to mine from it directions for ministries because this is the only faithful way to address our fears finding intimacy with ourselves, others and God.

*For full exploration of fear-exploiter, see Chapter 5 of Finding Intimacy in a World of Fear by Eric H. F. Law.

** Rev. Eric H. F. Law, MDiv ’84, is the Founder and Executive Director of the Kaleidoscope Institute for Competent Leadership in a Diverse Changing World (http://www.kscopeinstitute.org/) and author of 6 books including Finding Intimacy In A World of Fear. He is the author of The Sustainist (http://ehflaw.typepad.com/blog/), a weekly blog on Spirituality for Sustainable Communities in a Networked World.
Posted by Kwok Pui Lan at 8:09 PM