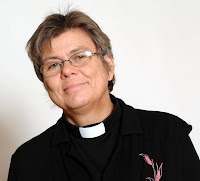 Since November 1, 2009, it has been possible for same-sex couples to get married in the Church of Sweden, a Lutheran church with about 7 million members. Sweden has 9.4 million inhabitants.

The path to this change wasn’t easy. First, the Swedish parliament passed a law allowing same-sex couples to get married, which went into effect on May 1, 2009. The Church of Sweden (CoS) has always had the right to perform marriage under the law, a right that is now extended to other religious communities. When the law was passed, it became possible for CoS to decide to perform same-sex marriages. Five months later, the decision passed the General Synod.

The General Synod allowed for priests who do not want to marry same-sex people to abstain. The vicar in the parish must find a priest for the couple. A small number of priests will not perform same-sex marriages. They are mostly in very traditional parts of the country. But I haven’t heard of any actual incident yet.

Seventy-four percent of the Swedish population are supportive of lesbian, bisexual, gay, transgender, and queer (LBGTQ) people and hence toward marriage rights. LBGTQ people are allowed to adopt children and to get artificial insemination.

We have come a long way but the road has been bumpy and long. In particular, let us never forget the young people who could not stand the pressure and hence are no longer among us. The LBGTQ movement has found a large percentage of teen suicides to be due to sexual orientation. And let us remember the Matthew Shepards of this world, those who are brutalized and killed for being homosexual.

In 1995 same-sex couples in Sweden were allowed to enter into partnership, which was then legally recognized and almost parallel to marriage. In the late 1990s and early 2000s, the bishop’s conference gave advice on spiritual care and blessings for same-sex couples. The issue was discussed repeatedly in the General Synod until the final decision in 2009. This time the CoS, the General Synod, and the Swedish people were really ready. And today there is hardly any discussion.

Unfortunately, the CoS is still the only church in Sweden performing same-sex marriages. The Swedish Covenant Church, which is akin to the Presbyterian Church, has decided to allow pastors and congregations to apply for marriage rights for same-sex couples starting in March 2011.

To be in the forefront of social change means that you take risks. For same-sex marriage, this is true especially within the ecumenical movement. The Russian Orthodox Church has refused to deal with the CoS on a bilateral basis since 1995 when the CoS accepted the partnership law. Some of the CoS partner churches in Africa are posing hard questions for us. The Lutheran World Federation is in a process to study issues relating to human sexuality.

The CoS aims to carefully explain the reasons for its position regarding marriage, but not to convince or propagate its view. Marriage is a function for the couple and for society and not for salvation. Jesus was careful to pledge for the orphans and for the widows. It is a task for the Church to support those who are in need of support. The righteous are unknown to us.

Looking back it is clear that the LBGTQ liberation movement of the early 1970s, which is still going on, has made all the difference. If the LBGTQ people had not argued, fought, demonstrated, written, and demanded full human rights, it would not have happened. The movement is as important today as it ever was, considering how LBGTQ people are still criminalized around the globe.

* The Reverend Dr. Ann-Cathrin Jarl is chaplain to the Archbishop of the Church of Sweden and author of In Justice: Women and Global Economics (Fortress Press, 2003).
Posted by Kwok Pui Lan at 9:39 AM