What do the words “Jewish” and “Anglican” have in common?

By Larry Wills
Why is religious identity so tightly associated with our titles for things? Is religious identity a timeless and unchanging thing which lies at the core of a people, or does it evolve as a result of changes from outside, and indeed separately, from the titles we apply? 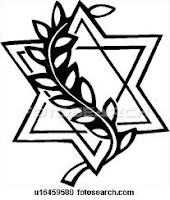 “Anglican” and “Jewish” are adjectives that designate religious bodies, but they have a surprisingly parallel history. Scholars of early Judaism note that was the more common identity term used by those who worshipped God at the temple. There were twelve tribes in all, and the word “Jew” originally meant Judean, one from the tribe of or Judea, where was located.
When the elite among the Judeans were taken away in the Babylonian exile and some of their descendants returned later under the Persians, they insisted that they, and not the people who had remained in the land, were the true Judeans.
So the word Jew or Judean was originally a geographical marker, and probably became an ethnic marker of those who were living in and , and only when they returned with this marker did it become an affirmation of identity with the center of , the temple in .
But Judean was still not a commonly used marker, and it still had a geographical focus more than a global religious focus. Some Jewish authors used it often, most did not. In the Mishnah, the first collection of rabbinic rulings, it is used only four times. Some texts of the New Testament also use it rarely.

However, globalism influenced the meaning of “Jewish.” When people oriented toward moved out into the larger world (the diaspora) they also identified as Jews or Judeans—those who revered the God worshipped in . Judean was again an ethnic marker but also became a “religious” designation: those whose religion was based on the God worshipped in . One didn’t need to be located in , and one could convert to the religion or leave it behind. So “Jew” began as a geographical term, became an ethnic identifier in the larger world, and only gradually became a term denoting a religion that one could convert to or depart from.
“Anglican” has a strangely similar history. The Christian church in was called in Latin Ecclesia Anglicana, the English church—a geographical adjective. The Latin term was rarely used, and even after the English Reformation it was more common to say Church of England or even simply the Church. “Anglican” was a geographical term but not very powerful as an identity term.
Globalism affected this term just as it did “Jew.” A new term arose in the 19th century, “Anglicanism,” as a term to distinguish the tradition of the Church of England from other world-wide churches, and it was shifting from a geographical term to an ethnic ideal in colonization, and then to a religious identity in a world of competing global churches.
This situation evidently continued until the 20th century, when an originally colonized group perched at the margins—American Episcopalians—perceived a need to make reference to the distinction between the two groups. In addition, the greater importance of other originally colonized groups perched at the margins—members of the Church of England in Africa, , and —perceived a need for a word that was more “religious” than merely geographical or ethnic. A new diaspora of people converted through colonization saw in the word “Anglican” a religious identity that it had not formerly had.
The words Jewish and Anglican began as geographical terms, rarely used, with little power as identity markers, but because of ancient and modern colonization were pressed into service, first as ethnic markers and finally with a much stronger religious identity that claimed to transcend the center. From that point the heated debate could be taken up: “What is a Jew?” “What is an Anglican?” And in both cases, various groups within the bodies have claimed to own the true meaning of the term.

* Larry Wills is Ethelbert Talbot Professor of Biblical Studies at Episcopal Divinity School, Cambridge, Massachusetts.
Posted by 99 Brattle at 9:41 AM