Creating a future to support the exceptional 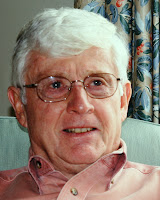 Across the world educational institutions are struggling with finances. In university tuition has been increased 300%. In the and other nations schools, colleges and seminaries have been forced to close because of financial pressure. All are looking at ways to survive. The example of Episcopal Divinity School which sold some of its land and buildings and entered into agreements with neighbouring Lesley University to share certain resources such as the library, refectory and maintenance is instructive, for more go to the EDS press release of December 15, 2010 http://www.eds.edu/sec.asp?pageID=376  Here an EDS trustee explains the decision.
I voted for the partnership between Episcopal Divinity School and
Since then many people have asked me what it was I had in mind.
“Growth” was what I had in mind. Greater freedom for EDS to grow from its established strength. Years of further opportunity to help the Episcopal Church and the Anglican Communion strengthen parishes to meet the leadership needs of today and tomorrow.
The context in the seemed clear: decades of membership decline and challenges around financial resources in the Episcopal Church and other mainline denominations. We are all experiencing stressful, rapidly changing lives because of globalization and accelerating technology.
And the context at Episcopal Divinity School also seemed clear. Decades of superior academic training and community formation for ministry with a progressive focus on issues of social justice: anti-racism, anti-oppression, gender equality, and a strong pool of candidates for enrollment but steadily fewer who were able to afford the costs of living in
Episcopal
The prospect of a partnership with
In short, we saw opportunities for growth: more students from more locations, domestically and abroad. More graduates serving a greater number of parishes. Strong training for more lay leaders.
“But haven’t you failed to tell us about the financial story? Surely fiduciary obligations were uppermost in your mind when you voted for the Lesley arrangement.” Those who question me ask.
“Yes,” fiduciary concerns were prominent. For some years we were operating a campus of high market value, with elegant but aging buildings beyond the needs of our student enrollment. Deferred capital infusions would, in time, have created a very difficult financial picture for us, a difficulty our endowment would not have been able to meet. Fortunately, we were able to envision a creative a shift in our pedagogies that would make the partnership with Lesley work for us.
That is what I was thinking.
* O Fitzsimmons has been an EDS Trustee since 2003. He is retired from Mobil Corporation where he worked in Human Resources Management. Doug lives in , and serves on the Vestry of in the City of
Posted by 99 Brattle at 3:50 PM