Of Priests, Football, and Idols

The Penn State child sexual abuse scandal has been all over the news. Once again a pillar of the community, a person in power in a beloved American institution, was accused of abusing his authority and violating children. Once again the people in that institution allegedly did not only have safeguards to protect children. We are again looking at the structure of an institution (college football at Penn State) and how it may have developed in ways that may protected the abusers. Equally, or perhaps more disturbingly, Penn State college football fans expressed strong vocal support for those who allegedly knew about the abuse of children and never did anything about it.
Does any of this sound familiar? Am I talking about football or the church? 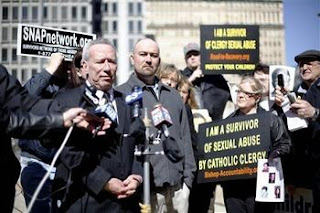 For me, someone from Fall River MA, one of the first places in the US to break the story of the widespread sexual abuse of children by Roman Catholic priests, this story is all too familiar.  In the middle of that scandal one of the parish priests I grew up with was arrested and sentenced on charges of child pornography. Also as that scandal grew the hierarchy of the church, and many faithful Catholics, believed that the abuse could be explained by looking at the horrible actions a few pedophiles, but not in looking in the ways the church itself operated as structured. It is the structure of the institution itself that allowed pedophiles to function and flourish.

Now the news is full of sensational details and questions about whether or not graduate assistant Mike McQueary reported the abuse to the police and why once head coach Joe Paterno was informed of the abuse he didn’t make sure Jerry Sandusky wasn’t fired and arrested. Penn State fired Paterno and Penn State president Graham Spanier on Nov. 9, four days after Sandusky was arrested. Athletic director Tim Curley and a vice president, Gary Schultz, are accused of perjury and failing to report suspected child abuse. Both have stepped down from their posts. In the midst of this, Penn State fans are rallying around Joe Paterno and the institution and see that the only fault is in the alleged abusers, not the system.

That questions of who knew about the abuse and who failed to report it are very important, but they are also a tantalizing distraction from looking at the ways this kind of thing can happen and can be prevented. It is clear in the “wink, wink, nod, nod” culture of college football numerous people might have known of or even witnessed Jerry Sandusky’s violation of young boys. Some people told some other people, but nobody pushed hard enough to report this to authorities and be sure it was followed through. Many people found many ways to ignore or minimize what was happening. As a result, not surprisingly, as the years passed, more and more children were violated.

Is it a coincidence that both college football and the Roman Catholic church are beloved powerful hierarchical organizations where white men have all the power and authority?  We as a society still have a tendency to create individuals and institutions that become idols which we shower with adoration and hand over inordinate amounts of power. 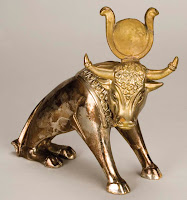 In today’s world the idolatry for us is not a golden calf in desert. Idolatry continues in the people and the institutions where we help foster a concentration of power in one or a few people. People we set apart and set above the rest of us. While those who abuse that power have individual responsibility when they abuse that power, we as a society have to look at the ways we create idols that are above accountability. We give people power and don’t look at how power has to be shared and kept in check in ongoing ways.

Yes, the abuser must be punished if found guilty. Yes those who didn’t report this must be held accountable, but if we are really interested in stopping this from happening again we must be wiling to look at the iconic hierarchical institutions we create.

What are things to look for?

Let’s make sure that Jerry Sandusky has his day in court and if found guilty is punished and never has ANY access to children ever again. Let’s look what kind of culture was created that might have lead people to not report the abuse of children.  The guilt of those who allow violation of children to continue must called to account. However, if we as a society are REALLY interested in stopping the abuse of the most vulnerable, the least powerful in our world, we have to look squarely and honestly at the people and institutions we help create and maintain. We have to be sure we don’t commit the sin of idolatry. We have to be sure that we don’t create people and institutions that are so powerful, that have so much control over others and so little accountable to anyone, that they are get away with horrible abuse.

* An earlier version appeared in Christopher Medeiros’s Spirit and Flesh blog at http://spiritandflesh.blogspot.com/ on November 20, 2011.

** Christopher Medeiros, MDiv ’99, is the Director of Admissions and Recruitment at the Episcopal Divinity School, Cambridge, Massachusetts.
Posted by Kwok Pui Lan at 11:00 PM