The Royal Wedding and Colonial Nostalgia 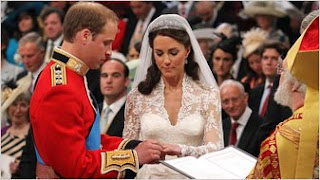 The royal wedding of Prince William and Kate Middleton has attracted much media attention. The American media has even gone all out to cover every twist and turn in the run-up to the wedding. The ceremony will be broadcast live on news networks and YouTube, with an estimated 2 billion viewers around the world.

So what is the appeal and the attraction of the royal wedding today? Is it in the details? Will Kate’s bridal gown have a long train? What kind of glasses will Sir Elton John wear? When will the Prince kiss his bride on the balcony of Buckingham Palace?

For some, the royal wedding is to showcase Britain for the tourism business. For others, it is a good distraction from rising gas prices and the possibility of a double-dip recession.

But for me, the royal wedding is a great way to foster and preserve the mystique of the British monarchy. Thus we see Westminster Abbey, the sea of Union Jacks, the 1902 State Landau royal carriage, and the guards with hats made of bearskins.

Last June, the royal wedding of Swedish Crown Princess Victoria to commoner Daniel Westling had none of the fanfare of Prince William’s wedding. Perhaps this is because Sweden never ruled over an empire on the scale of the British Empire. About 1.5 billion people around the globe speak English as a second language, partly because of the global influence of the British Empire in the 19th and 20th centuries.

Many people who are members of the British Commonwealth, as well as those who are former British colonial subjects, will watch the royal wedding in earnest. After all, the Brits still know how to throw a grand party, even though the glory of the Empire has much diminished.

As someone born in the former British colony of Hong Kong, I look at the royal wedding with ambivalence. I have been a British colonial subject for a large part of my life. I remember the grandeur of parades and parties thrown when members of the royal family visited Hong Kong. But I also remember that Chinese parents sent their children to English-speaking schools so that those children could get ahead in life, something that couldn't happen if they only spoke Chinese.

My family visited England in the summer of 1996, a year before Hong Kong would return to China. That trip came to symbolize for me a bidding of farewell to the Empire. 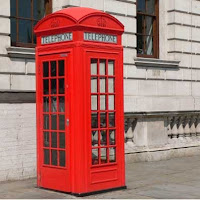 Throughout my time in England, I was fascinated to see many things I used to see on the streets in Hong Kong during my childhood like the red telephone booths, the British red pillar post boxes, and the cart used by the street cleaners. When I saw a little yellow Mini parked on a London street, I had to have my picture taken with it because it resembled the car that Mr. Bean (the lead character of my favorite British comedy) drove.

The majority of Asian Protestant feminist theologians are Methodist or Presbyterian, because these denominations are very strong in Asia. I am an exception among them because I belong to the Church of England. Since I have been working on postcolonial theology, many friends have asked me how I became Anglican, since my parents were not Christian. My answer is that my family's landlord when I was young took my elder sister and me to church, and he happened to be an Anglican.

During my college years in the 1970s, students took to the street to demand Chinese as one of the official languages of Hong Kong and to protest against government corruption. I was exposed to liberation theology and various kinds of Asian contextual theologies. C. S. Song, a well-known Taiwanese theologian, came to my college and lectured about developing theology with Asian resources.

But it was through postcolonial studies that I gained critical insights into the arduous process of decolonization of the mind and its implications for theology. Christian theology has been developed in the backdrop of the Roman Empire and many subsequent empires. In our Anglican tradition, the imperial context invariably left its marks in our structure and liturgy.

The Church of England is the officially established Christian Church in England. The Anglican liturgy includes praying for the British monarch. The authorized version of the Bible was commissioned by King James I, who wanted to ensure that the new version would conform to the ecclesiology and reflect the episcopal structure of the Church of England. This year is the 400th anniversary of the King James Bible.

Colonial nostalgia runs deep in the Anglican Communion today. Although many colonies in Asia, Africa, Latin America, the Middle East, and the Pacific have become independent politically, we have yet to work out the cultural logic and church structure for a truly postcolonial church. Many of the debates surrounding sexuality in the Communion, for example, can be traced to earlier debates on sexuality in colonial times.

As I watched the royal wedding officiated by Archbishop Rowan Williams, I thought of the myriad connections between the Anglican Church, the British monarchy, and colonialism. I want to recommit myself to building a Church that goes beyond our colonial legacy and that truly reflects the beauty and diversity of all God’s peoples.

* Kwok Pui-lan is William F. Cole Professor of Christian Theology and Spirituality at the Episcopal Divinity School. She is the editor of Hope Abundant: Third World and Indigenous Women’s Theology (Orbis Books, 2010).
Posted by Kwok Pui Lan at 7:55 AM