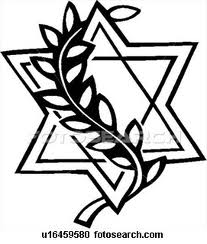 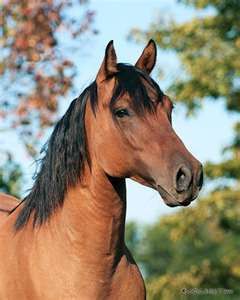 “Riding Out at Evening”   by Linda McCarriston (used with permission by the poet, 4/11)
At dusk, everything blurs and softens
From here out over the long valley,
the fields and hills pull up
the first light sheets of evening,
as, over the next hour,
heavier, darker ones will follow.
Quieted roads, predictable deer
browsing in a neighbor’s field, another’s
herd of heifers, the kitchen lights
starting in many windows.  On horseback
I take it in, neither visitor
nor intruder, but kin passing, closer
and closer to night, its cold streams
rising in the sugarbrush and hollow.
Half aloud, I say to the horse,
or myself, or whoever: let fire not come
to this house, nor that barn,
nor lightning strike the cattle.
Let dogs not gain the gravid doe, let the lights
of the rooms convey what they seem to.
And who is to say it is useless
or foolish to ride out in the falling light
alone, wishing, or praying,
for particular good to particular beings
on one small road in a huge world?
The horse bears me along, like grace,
making me better than what I am,
and what I think or say or see
is whole in these moments, is neither
small nor broken.  For up, out
the inscrutable earth, have come my body
and the separate body of the mare:
flawed and aching and wronged.  Who then
is better made to say be well, be glad,
or who to long that we, as one,
might course over the entire valley,
over all valleys, as a bird in a great embrace
of flight, who presses against her breast,
in grief and tenderness,
the whole weeping body of the world?
*  Carter Heyward, St.  John’s Memorial Chapel, Episcopal Divinity School, April 14, 2011. Poem by kind agreement of Linda McCarriston author of Eva-Mary.  No part of this poem or blog may be reproduced without permission from the authors carterheyward(at)aol.com and linda.mcarriston(at)gmail.com
Posted by 99 Brattle at 9:50 AM