‘Remember the Slave Ships?’ War Against the Poor 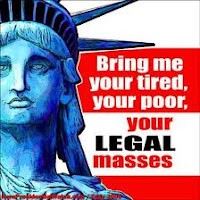 In popular culture, undocumented immigrants from are sometimes portrayed as people who are trying to get their share of the “American Dream,” people who are just too impatient to wait in line and take the legal route.
In Altar, the starting place for migrants wishing to cross from to the , I met Padre Prisciliano. He looked more cowboy than priest and says that he stays in his parish to serve the migrant Christ.
He described the experiences of immigrants as comparable to that of slavery. He pointed out that people are driven to migrate by economic policies such as NAFTA (the North American Free Trade Agreement), a policy that has devastated small Mexican farmers. Under NAFTA, for example, the can dump cheap corn on the Mexican market, undercutting subsistence farmers. Thousands of farmers have left the land they have farmed for centuries to move north to survive. If they make their way to the , they are used as cheap labor in the agricultural and service industries, growing much of our food and cleaning our hotels.
As we visited a flop house where migrants sleep sometimes 50 to a tiny room while waiting to cross, Padre Prisciliano noted; “Remember the slave ships? We have the same conditions here.”
While in , I talked with people getting ready to cross. I met a young man from who said he could not survive on his father’s farm. I met another man at the dining table of a migrant shelter; he was obviously tired and hungry and said: “We come for work. Many die in the desert. But families need food on the table and clothes on their backs.” His tired eyes spoke of the pain and danger of crossing.
People are fleeing extreme poverty and are risking their lives to do so. Last year, 253 remains were found in the desert, a gruesome reminder that ’s poor are ready to risk everything to feed their children.
The government has increased its Border Patrol presence, prosecuted millions of border crossers, built walls to drive people to cross the most dangerous parts of the desert, and turned a blind eye to federal abuse of detainees, and still people come. Even a government agent I spoke to referred to immigrants as economic refugees.

No way
They don’t go the legal route because there is no legal way for the poor to obtain a visa, unless they have an immediate family member that is a legal resident, and even that is a long shot. Immigration laws are purposefully classist. To obtain a visa to enter the , a person has to prove financial stability. For families who have barely enough to feed their kids and who have never opened a bank account in their life, this is not possible.
Immigrant labor is needed by the service sector and by agribusiness. And what better labor force than one that is undocumented and has no legal rights? The Coalition of Immokalee Workers, a group of farmworkers, has documented cases of abuse and slavery by landowners who make a profit off immigrant labor. The war against the poor does not end at the border; it continues in fields, factories, hotels, and restaurants and the creation of a permanent underclass.
Seeing hundreds of poor refugees lining up for food at a migrant shelter, clutching their few belongings, and desperate enough to cross a desert in order to survive was heart wrenching. At the border, I found a war against the poor—policies that systematically seek to exclude the poor from immigrating and to reduce those who do migrate to economic servitude. The people I met were not only immigrants, they were economic refugees, fleeing a new economic reality supported and implemented by economic policy.
What does this mean for people of faith who claim to follow a wandering carpenter, the one Padre Prisciliano calls “the migrant Christ”? Can theologians once again talk about the “preferential option for the poor” in this context?
*  Sarah Monroe, a student at Episcopal Divinity School in recently spent three weeks on the U.S.-Mexico border with an organization called Borderlinks. After years of immigrant rights activism, she says she wanted to see what was happening at “ground zero.” 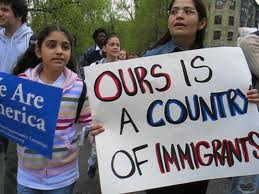